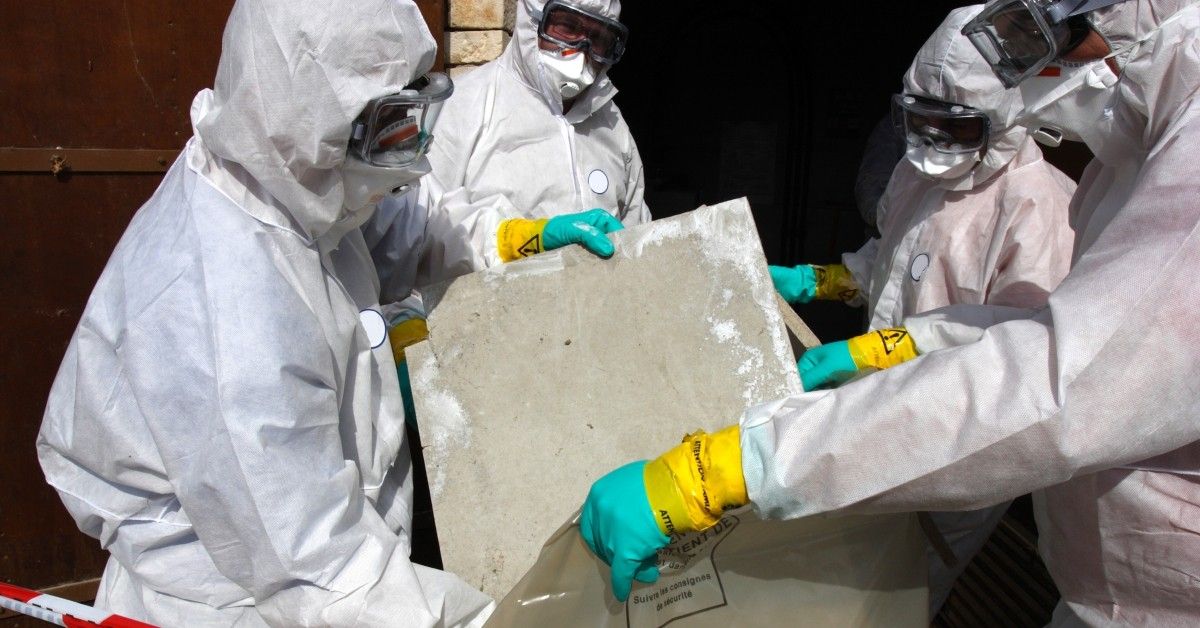 Asbestos is a naturally occurring mineral that is both highly durable and dangerous. It is known to resist exposure to fire, water, sound, and chemicals, and is made up of millions of microscopic fibers that bind together to create a light yet virtually indestructible material.

In today’s post, we are going to be going over the six different types of asbestos as well as the health risks that they can pose. If you think you may have asbestos in your home, contact our environmental remediation professionals at Thistle DKI in Las Vegas today for asbestos remediation services. 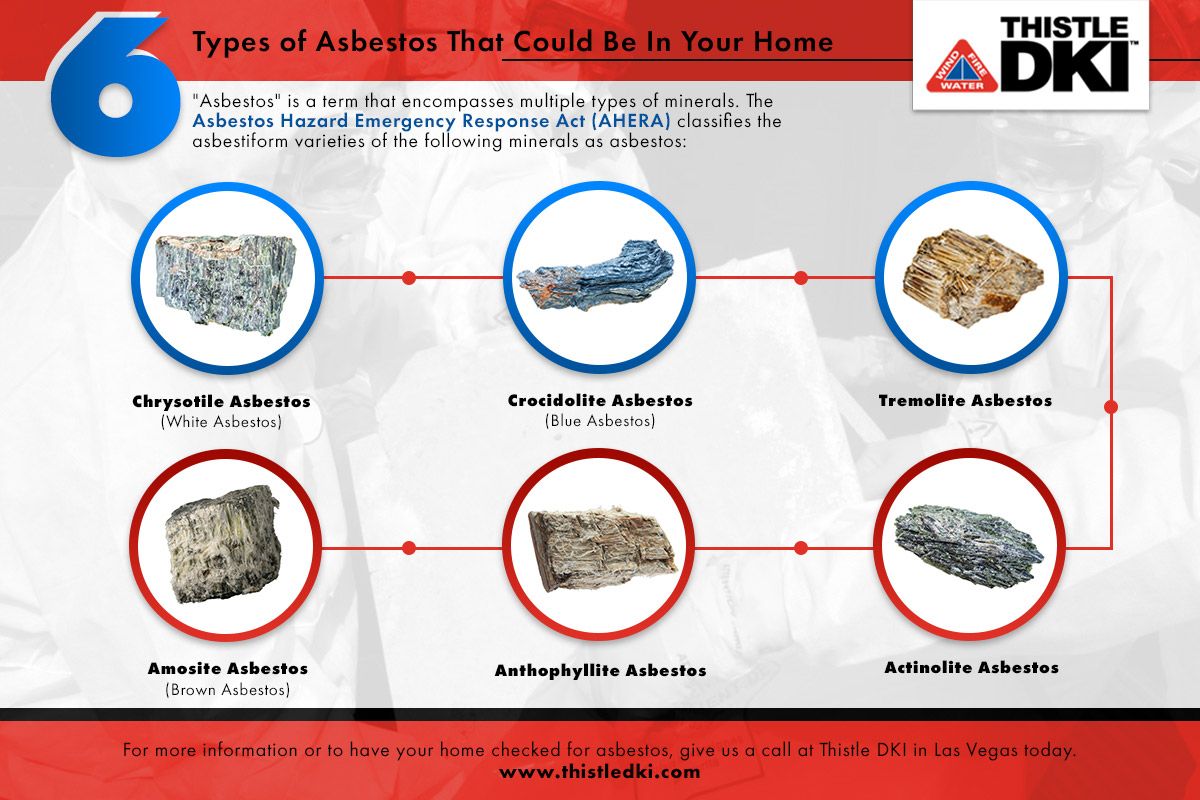 This is the most commonly used type of asbestos that can be found in roofs ceilings, walls, and floors of homes and businesses. Manufacturers use chrysotile asbestos in products such as:

Amosite was used most often in cement sheets and piping insulation, although it can also be found in insulating board, thermal insulation products, and ceiling tiles. According to the American Cancer Society, exposure to this type of asbestos creates a higher risk of cancer in comparison with common chrysotile asbestos.

Crocidolite is composed of extremely thin fibers that cause them to lodge more easily in lung tissue, making them responsible for potentially the most deaths than any other type of asbestos. The most common mining sites for this kind of asbestos were in South Africa, Australia, and Bolivia. Some common products that contain crocidolite asbestos include:

Anthophyllite asbestos, one of the rarest types of asbestos, does not have a long history of commercial use. Mining of this mineral began in Finland and smaller deposits of it were mined in several other countries around the globe.

Tremolite asbestos can be woven into fabric and is commonly known for its heat-resistant properties. This type of asbestos has sharp fibers that can easily be inhaled or ingested and is responsible for many cases of asbestos-related cancer and diseases. Tremolite ranges in color from dark green to milky white and is found in other minerals such as vermiculite and talc. It was previously used in a wide variety of products including paint, insulation, sealants, roofing, and plumbing materials, but for good reason is no longer mined.

This type of asbestos is typically darker in color and has sharp, needle-like fibers that can be easily inhaled when airborne. Actinolite is made up of several other minerals including calcium, magnesium, iron, and silicon, and was previously used in products such as cement, insulation materials, paints, drywall, and sealants.

Asbestos is well-recognized as a health hazard and the use of the material is now highly regulated by both the Occupational Health and Safety Administration (OSHA) and the Environmental Protection Agency (EPA). As you can see from each of their descriptions, asbestos fibers are too small to be seen with the naked eye, making them an easy substance to breathe in without even noticing. Breathing in asbestos can cause a build-up of scar-like tissue in the lungs (also known as asbestosis) and can result in loss of lung function that can progress to disability and death.

Asbestos is also known to cause lung cancer and other diseases such as mesothelioma of the pleura. This is a fatal malignant tumor of the membrane lining the cavity of the lungs or stomach.

How to Reduce the Hazards of Asbestos

Many homes that were built before 1980 contain asbestos in old floor tiles, roof shingles, ceiling tiles, and siding, flashing, insulation, and other areas, although some newer houses can also contain asbestos. Having a proper home inspection is crucial in order to ensure that your home (or the home that you are interested in purchasing) is free of asbestos, which can be performed by a local inspector or an environmental remediation company like the team at Thistle DKI in Las Vegas. We have the tools and experience to detect the different types of asbestos in the home and provide remediation services so you can breathe easy (no pun intended) knowing your space is free from this harmful material.

As for worker exposure to asbestos, there are standards put in place by OSHA for the construction industry, general industry, and shipyard industry in order to reduce the risk to workers. This requires that employers provide personal exposure monitoring to assess the risk and hazard awareness training for operations where there is any potential exposure to any form of asbestos. Employers are also required to ensure that asbestos exposure is reduced by using administrative controls and provide for the wearing of protective clothing and equipment. Medical monitoring is also required for workers when legal limits and exposure is exceeded.

If you think you may have asbestos in your Las Vegas home or property, give our environmental remediation professionals a call at Thistle DKI today for fast and efficient services to protect yourself and your family.